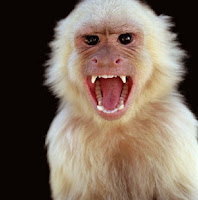 I've met many very interesting people in my line of work, but few are more interesting than my friend Dr. EH.

Dr. EH (his Ph.D is in something related to neuroscience) was formerly a very senior R&D technologist at the company for whom I work.  He then went on to a very senior position in the US intelligence community.  Now he does some consulting with us and I have the opportunity to chat with him every now and then about everything from technology at our company to some of what's going on in Iraq and Afghanistan (the declassified portions!).   I had the pleasure of having lunch with him yesterday.

Another colleague at work has been through much more, cancer-wise, than I or, really, most people.  About 20 years ago he was diagnosed with a type of cancer (don't know what, exactly, but it affected his esophagus, jaw / neck, tongue, throat, etc.) that was Stage 4, metastatic and very nasty.   He went through a number of experimental procedures and has beaten it.  And he's now working with the doctor at Sloan Kettering who saved his life to put together a program to help doctors communicate better with their patients that are diagnosed with cancer.   EH is working with them both on this project.

So yesterday EH asked me my thoughts on the matter.   He wondered, for example, if information was enough, or if a doctor needed to let a patient work through the emotional response for a few days before absorbing any more -- unless of course it's something like AML where you need immediate treatment (as in check the person into a hospital and administer chemo that day).

It's a complicated question, I told him, and it depends on the type of cancer.   A person diagnosed with advanced pancreatic cancer, where the outcome is dire and fairly certain, will have different needs than a person diagnosed with an early stage hard cell tumor that can be removed.  And yet both of these situations are fairly cut and dry.   In the middle, we have Myeloma, where no two doctors seemingly agree on exactly what to do -- in fact doctors can't even agree on whether or not it is curable.  There aren't many who believe it is, and yet BB sees more Myeloma than any doctor anywhere in the world.  Consider that for a moment: more than any doctor anywhere in the world.  He has 20-30 new patients a week.  My diagnosing doctor SH, who is by all accounts a very good hematologist who sees a fair amount of Myeloma, told me he does maybe 10 transplants a year.  Barlogie and his team do literally hundreds.

Anyhow, another part of the challenge is the subjectivity involved in parsing the information.  Quality of life, for example, is an extremely subjective measure.  For me, while I've got to take these meds and while I've got side effects (including insomnia on dex nights, which explains my 3:30AM blogging) they are totally manageable and don't affect my quality of life that much.   I have a good quality of life -- though certainly I look forward to being off meds and having an even better quality of life.   But others would view my weekly dosage of Velcade, my daily Revlimid and my weekly Dex -- all of which do have side effects -- as a not-so-great quality of life.  Some would certainly view my having to move 2,000 miles away for six months as a big hit to quality of life -- and I would agree.  But it was six months, and tolerable.  Others' mileage may vary...everyone answers these questions differently based on their own experiences, their own expectations from life, their attitudes, belief systems, age, etc.

I'd be very interested in knowing, from those of you who have contended with a diagnosis of Myeloma or any kind of cancer, what was or would have been helpful for you to hear when you were diagnosed...in terms of assisting you with understanding your diagnosis, coming to terms with it, and making decisions.

But that's only part of this post.  We talked, then, about attitudes and how they impact treatment outcomes.  I told EH that despite my being a spiritual person, I believe the brain is just another organ in the body, and one's attitude is therefore directly linked into the rest of the system.  A brain set to kick the hell out of cancer versus a brain resigned to succumbing to it will have an impact on how the rest of the body handles treatment.

EH said that we definitively know this to be true -- that the brain is physiologically linked to the immune response, for example.  This made me think about letting down my immune system which I'm sure led to my cancer, but also to being shaken awake and being resolved to handle whatever treatment dished out and to beat my Myeloma.  So far, so good -- and I'm very fortunate that I've responded as well as I have to treatment because it's one thing to have confidence when things are working, and another to have confidence when they're not working so well.  I had a few days of doubt -- search my blog for the phrase "noonday devil" -- when I wasn't seeing the markers go down.  And those days were not fun.  So once again, I am humbled by the grace of others who deal with more dire prognoses than I.

EH then said -- and I apologize to any animal-lovers, because I also felt a twinge when he said this -- that "in the course of my training, I've operated on a lot of monkeys.   Some of them, when they came out of surgery, were just kind of down and depressed.  They didn't last too long.   But others, when they emerged from anesthesia...their first act was to try to bite you."   He smiled.   "Those ones tended to be okay."

So the message: be the angry, biting monkey in the face of cancer.  Not the depressed, resigned monkey.

I have a friend going through a transplant right now, and another friend who is going to do one later this year after another surgery -- so this means you, guys!

In discussing this with EH, I observed that in my own case, I never allowed myself to believe I was going to die from Myeloma.  I was certainly helped by finding a doctor who believed he could cure me, and, as noted, by my response to therapy.  I wonder, also, where the Kubler-Ross "denial" stage of dealing with a crisis ends, and where my resolve in the face of diagnosis began.  Was I perhaps just mired in the denial stage the whole time?   Who knows.

I think about something like a transplant...how the book I read when I was diagnosed treated it as this monolithic, dreadful / awesome event and how I will consider it "my birthday."  I contrast that with my approach: but for this blog and a good quantitative recall of things related to my therapy, I couldn't tell you my transplants were.   My birthday is the same as it's been for 43 years.  My transplant date isn't my birthday any more than my hernia surgery was, and probably less so than my LASIK procedure on my eyes.  Similarly, I remember the attitude of one of the nurses in the infusion center:  "Ah, melphalan's no big deal."  No big deal.  You can do it.  You're bigger than cancer.  The angry monkey is too cool to fret about a little chemo.  The angry monkey has some swagger to him.

But EH also pointed out something important: cancer has a vote, too.  He lost his wife to cancer -- and she was strong-willed, did not allow herself to believe she was going to die, and fought like hell.  And it didn't matter.  So resolve only goes so far.  That, also, is humbling.

So where does that leave us?  Well, everyone is different.  I saw people in the clinic that didn't want to know what they had, didn't have any tolerance for understanding what treatment entailed or what the statistics behind the program where, and had no hope.  I saw people like myself who took a different approach.  I think, all else being equal, those who took an empowered approach have and will fare better.  But "all else being equal" is a very big qualifier, indeed.

As for me, I find myself of late disliking the side effects of my meds, but reminding myself with each swallow of Revlimid and Dex to mentally think "[expletive deleted] you, cancer!" before I swallow these pills.  Whatever discomfort they cause me, it's 100X worse for whatever rogue cells I've got kicking around inside me.  Although they don't show up on any tests, I've got somewhere between 100,000 and 1 billion cells (probably much closer to the first number now) that aren't with the program.  So to hell with them.

And that's enough out of this angry monkey for the day.
Posted by Nick at 4:43 AM 13 comments: