Several of you have been so kind as to let me know that you were interested in my progress, since even a chest cold can be a pretty spooky thing given a rebuilt immune system.

I'm not over it, but it hasn't worsened, really. I am on double Tamiflu for the next week or so, but otherwise steady as she goes. I spent most of the weekend doing nothing, just trying to get some rest. So basically, not a whole lot different that would be the case with a normal cold.

In the past, when I felt a cold coming on, I would take Airborne (which has been debunked, but hey, I'm all for placebo effect as long as it works...for colds, anynow, not for cancer!) and then if needed, I would take the usual over-the-counter stuff. TheraFlu and, if a cough was involved, Mucinex (the one with the TV commercials featuring the green blob in the wife-beater looking like Paulie from the Rocky movies). 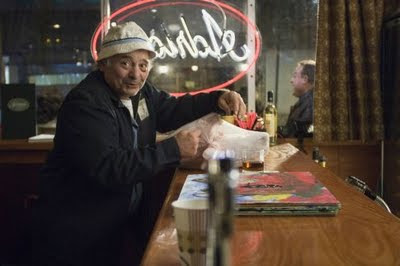 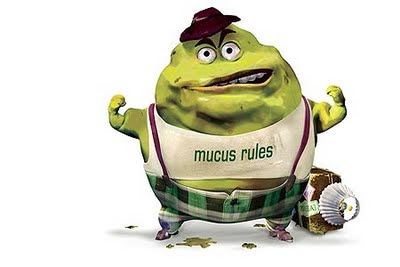 I wouldn't want to spend all weekend in the company of either of them. But I digress...

Anyhow, at some point I will ask BB if I should just resume taking all the normal cold stuff when I get a cold. For now, I actually want to know exactly what symptoms I have and how they change over time. It's valuable information. That Tamiflu is also 100x stronger than anything over-the-counter, so it's a better option anyhow, although it doesn't contain anything for the symptoms, only for the root cause.

This also brings up another issue that is worth highlighting as pertains insurance. My company is pretty stingy on the Tamiflu as it doesn't accept the notion of using it prophylactically. They will only approve a certain amount for am immunocompromised person during a community outbreak. In the case of our current environment, H1N1 constitutes a community outbreak so I am allowed a batch of pills. However I now need to double-up. In short, I have to dig into my prophylactic stash to treat active illness. I am hoping that the insurance folks will grant another refill to acknowledge this situation -- I've placed the call and we'll see how that works out.

I'm back to the doctor tomorrow for the weekly roundup. If they are keeping to their new cadence, this will be the week that they run the more extensive tests. IgG will certainly be up in response to the cold. Should be interesting. Hopefully I will also have info from the mojo doctor as well!
Posted by Nick at 9:20 AM 3 comments: