Through a glass, darkly

Okay, time to move the post about my GI issues down a bit!  :)

As I went online to make my dutiful (doody-full?) post about some recent side-effects, I checked out the updates on a couple of Myeloma blogs I follow.  One belongs to my friend Pat Killingsworth, who has taken a much more cautionary approach in his treatment than have I.  I encourage people to read Pat's blog as it is a good counterpart to the more aggressive therapeutic route I have chosen and it gives people an idea of the range of options out there.  Although I will ruefully admit that I stumbled upon Pat's blog when I was in the middle of treatment getting a blood transfusion and on that day, he happened to list the 10 reasons why you should never get a blood transfusion (I'm using some artistic license here) and I used this as a springboard to rant a bit about treatment philosophy at that time!  :)

Anyhow, Pat is tirelessly dedicated to getting the word out there about all things Myeloma and while I have a markedly different point of view in terms of how aggressive to be, I have a tremendous respect and appreciation for Pat's energy and tireless dedication to get as much information out there as possible.  With this in mind, I read with excitement his recent post that references an article talking about the effectiveness of maintenance therapy.

The article, which can be found on Pat's blog here, is titled "Post Stem Cell Transplant Maintenance Therapy Delays Multiple Myeloma Relapse in a Majority of Patients."  A subtitle is that Revlimid in maintenance cuts relapse rates in half.

Pat and I draw somewhat different conclusions from this, but I view it as part of a puzzle being validated bit by bit.  And we're getting to the reason for my Corinthian post title.  The puzzle is completed for the majority of newly diagnosed patients but only a few people are looking at it in its totality.  Other researchers are looking at bits and pieces of the puzzle without seeing the synergy the pieces have together.  They are looking through darkened glass, unable to have the clarity of everything working together.

My diagnosing hematologist, SH, in November 2008 had the following things to say:
- "I don't believe in maintenance therapy"
- "We don't use Revlimid, that's saved for relapsed patients"
- "We [including MAYO and City of Hope] save Velcade for way down the line"
- "I do suggest stem cell transplants so you can be off drugs, but they do not prolong life"

Thankfully he also said I should look at the full spectrum of options including BB (whose last name, incidentally, he mistakenly contorted into an Italian version of its actual Germanic root) and I am immensely thankful that he was open-minded enough to tell me there were different points of view which is the SINGLE most valuable thing a newly diagnosed patient needs to know, and which is part of the bond that ties Pat's blog and mine together despite their very different approaches to treatment.

At any rate, let's look first at the different treatment philosophies accompanying these statements.

SH position in November 2008: "I don't believe in maintenance therapy."

BB position in November 2008 (and much earlier): Maintenance therapy is essential post transplant.  Without it the Myeloma is all but certain to return; with it there is a high likelihood of cure in the 85% of newly diagnosed patients that are low-risk.

Current research: prolonged remission arises from maintenance therapy.  Excluding Arkansas, the data set does not exist to prove or disprove any connection to event-free survival.  Yet.

SH position, November 2008:  "I don't use Revlimid in new patients, I save it for relapse."

BB position, November 2008:  Revlimid is a part of treatment for newly diagnosed patients because of its superior anti-Myeloma effects and better tolerability than Thalidomide, which was the standard Immuno-Modulatory drug in Myeloma therapy prior to Revlimid.  However, Revlimid is NOT used prior to transplant both because (1) it suppresses platelet recovery which would make the time to recovery from transplants much longer, and (2) it represents yet another type of therapy to which the Myeloma will not have been previous exposed (and to which drug resistance will have been developed) and therefore enhances the effectiveness of treatment if used after Thalidomide.

Current research: most mainline therapy now uses Revlimid in newly-diagnosed patients...a position that was so novel at the time of my diagnosis that Dr. SF at City of Hope used me as a test case to open a debate amongst his peers about whether or not to use Revlimid in newly-diagnosed cases.  What current research seems to be missing, though, is this platelet issue -- to which my own labs attest.  Part of it is, though, that extended Thalidomide can be pretty nasty.  For this reason, and because of drug resistance, BB does at most two cycles of induction for low-risk patients plus some treatment during transplants and some consolidation -- compare that with induction elsewhere which is usually a year or longer!!

Current research: under investigation, but whereas it was almost unheard of for people to use Velcade as frontline therapy, now there are a multitude of trials doing just that.

Current research: the jury is out.  No data outside Arkansas exists to show the impact; Arkansas' data shows it pretty clearly but others either don't believe the data or have other issues with it.  I believe this will be the last piece of the puzzle that others eventually prove out -- but it may not happen before something else better comes along.


You can see where I am going with this: researchers outside UAMS are seeing pieces of the puzzle, but not seeing the whole thing.  Maintenance, in isolation without the therapy that precedes it, is shown to prolong remission.  Great.  But that's missing the fact the maintenance, as part of Total Therapy, is curative in the majority of cases.  Revlimid, in isolation without the therapy that surrounds it, is more effective than Thalidomide -- but they, too, are only seeing part of the situation.  Velcade, same deal.

All of these, though, are being proven out by research.

As I said above, my guess is tandem transplants will be the last thing to be proven out -- and hopefully by the time BB will have been put out of business by a new novel drug.

That is one thing that Pat and I both fervently hope for -- and I think BB won't mind the day when that happens either!

Sorry for the long post -- hope you got something of value from it.  If not, low-brow poop jokes are just a few mouse clicks away.
Posted by Nick at 3:52 PM 4 comments:

GI Chess -- not for the high-brow 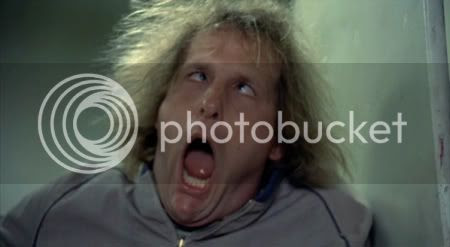 If you know what this picture is from, then you can guess what this post is going to be about.

I have remarked before that this is not a dignified disease.

Which brings me to this post.  I type this knowing I'm going to have another post shortly therafter so at least this won't be at the top of my page for long!

By the way, folks, thank you very much for the active comments re: supplements on the last post.  If I asked my doctor here about them, he would say "ask Arkansas" so I will probably call BJ this week.  I have discontinued Milk Thistle.  I still take this liver.52 product which does seem to have brought down AST so it is having a positive effect but I will cover it off with BJ as this seems the prudent thing to do.  I don't want any side effects!

My GI tract has been in a state of war kind of like the Korean peninsula.  I modulate Senna to keep an uneasy truce between the white pieces (constipation) and the black pieces (you can guess).  Most matches are played to a draw.

On the white side, we have Revlimid (both individually and particularly when combined with Dex).  On the black side we have Velcade, Magnesium supplements, the impact of Augmentin (strong antibiotic I am currently taking to get rid of chest cold #7 since maintenance therapy began), and potentially the chest cold itself.  Actually I think Velcade plays both sides at times.

For the last five days now, the black pieces are beating the living daylights out of the white pieces.  There is one white king desperately shifting around while about six queens are zipping about him.

Two oft-quoted pieces of research about diarrhea: (1) it is hereditary (it runs in the genes) and (2) while some people think it's funny, it's really....well.  Anyhow, a third observation is that after five days it's starting to get very old.  I am not yet taking Immodium because I took Dex last night and figured the natural advantage that gives to the White side of the board will kick in and if there's one thing I've learned in this process, it's about the dangers of over-steering.  In fact this five day binge kicked in because I overdid Senna last week.   But if things don't get settled down in the next 48 hours, I'll be on Immodium rapidly.

I have another important post to make that I had hoped would bump this one down a couple of notches.  But sadly I have to run to a breakfast meeting -- so this one will be here for a bit, in all its glory.

I'm not going to embed the video, but for those that saw the photo above and are pining for some toilet humor, the scene you are looking for is here:

http://www.youtube.com/watch?v=wbDiujuv6rQ
Posted by Nick at 7:28 AM 3 comments: