So what exactly is an Autologous Stem Cell Transplant?

I have been counseling a number of folks lately -- seemingly an increasing amount -- about their treatment options in this disease.  And in the case of newly diagnosed patients with standard risk characteristics who are young enough to benefit from being cured versus not being cured, I urge them to consider transplants in general, and tandem transplants in particular as part of a Total Therapy regimen.

In the midst of this, my good and extremely learned friend SR was kind enough to educate me a bit on the specific way that certain types of chemotherapy work (alkalyting agents, such as those used in stem cell transplants).   So I thought it might be useful for me to explain a bit about what an autologous stem cell transplant procedure really is (hint: it's not a transplant) and why it is effective in many cases of standard risk myeloma.

So with your permission, a quick chemistry lesson as pertains transplants. 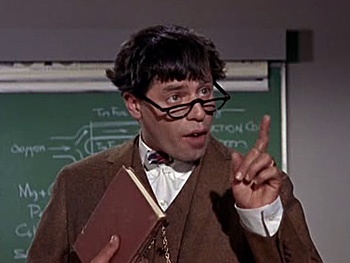 * An alkyl is a portion of a molecule.  There are many different kinds of alkyls.

* An alkalyting agent like the above-mentioned chemotherapies (which all derive from mustard gas, by the way…fun stuff) transmits a synthetic alkyl into the DNA of a cell.  It joins with the DNA in the cell, and since the alkyl the agent transmits is inherently unstable, this screws up (highly medical term there) the DNA of the cell.

* Once the DNA of a cell gets screwed up, the cell takes inventory of itself, dutifully raises its hand and says "umm, I'm screwed up, time for me to cash in the chips here, guys."  In more technical terms, the cell is activated for programmed (i.e. intentional) death.   This is the normal response for a cell with damaged DNA to be removed from the body, and this process is called apoptosis.

* For a reason I do not know at this time at the biochemical level, this occurs with fast-dividing cells.  Cancer, hair, and digestive tract (hence hair loss and GI issues from transplant meds).  The DNA that gets mangled is concentrated in your cancer cells, but it's there in plenty of normal cells, too.

So what, exactly, is an auto-transplant and what does it have to do with this?

An auto-transplant is the administration of a high-dose of an alkalyting agent, followed by steps to help the patient recover from the damage the medicine does.  Simple as that.

The medicine is administrated in a "mega-dose" (100X a "normal dose" of these agents) and it murders the hell out of Myeloma, while also causing a lot of collateral damage.  It does such an effective job of killing that it temporarily destroys the body's ability to make blood -- no more red blood cells, no more white blood cells, no more platelets.  Hopefully no more (or very little, to be more accurate) myeloma, either.

If no steps were taken to help the patient, the patient would die in a matter of days.  After all, you need red blood cells to live, white blood cells to keep an infection from killing you, platelets to keep from bleeding out from a cut (or suffering internal bleeding that kills you).   Turns out all those blood cells are important!   So in an auto transplant, after chemo is given, the patient is given their own immature blood cells that restore the patient's marrow and help to manufacture new blood.  This is not a transplant of another's immune system -- it is a rescue procedure.  Not too different from giving somebody low in potassium some potassium, or giving somebody low in red blood a unit or two of blood.  Just a bit higher stakes, is all.

So when people (doctors or laymen) say they believe in a transplant -- whether a single transplant to deepen remission, or tandem transplants to hopefully cure the disease -- all they are really saying is that they believe that in most cases, melphalan kills myeloma cells.  A lot of them.  Maybe almost all of them, even.

In Total Therapy, or a tandem transplant setting, all that is happening is the patient is getting twice as much Melphalan.  There's no magic to it beyond that -- you're simply giving the patient more of a medicine that is believed to be effective against standard risk disease.

In summary auto transplants are just that: a type of medicine, highly effective in most cases, from which help is required to recover.

Interestingly, SR went on to explain one particular type of disease biology that is not as responsive to current transplant protocols.   Some of you may have come across the concept of "deletion 17p" as a means of defining disease biology.   There is a genetic component of DNA called TP53 (for tumor protein 53) and it is part of the long arm of chromosome 17 (17p).   TP53 is the part of the DNA that says "okay, the cell raised its hand and is ready to bow out gracefully" (more accurately: TP53 allows the body to assess DNA damage to a cell and either repair it or target it for apoptosis -- programmed cell death).    If a patient does not have this genetic characteristic, the alkalyting agents do their part by screwing up the DNA, but the body does not recognize that for what it is, and fail to kill the cell.  Consequently, patients who have del17p don't respond as well to transplants as those who don't have that particular genetic abnormality.

One last note: Revlimid has been associated with the risk of secondary cancers -- I had a squamous cell carcinoma in my finger that was likely related to ongoing Revlimid use.  But Revlimid is only associated with increased risk of secondary cancers if the patient has received alkalyting chemotherapy. Something to keep in mind.   If you do a transplant followed by Revlimid maintenance, make sure you understand the reason behind it (i.e., is the doctor pursuing cure) and you are informed about the trade-offs.  In my own case, the risk of getting a secondary cancer that might kill me was lower than dying from the Myeloma -- that was the calculation I made and I'm happy with it, even in hindsight.

Okay, that's enough for today.  :)    But hopefully, this entry can be useful to those who are considering a transplant and want to understand a bit more about what it is, and why it works.